It’s time for Americans to work together to restore our freedoms.

That has been Charles’ theme for many years. His books and writings reflect love of country, devotion to duty, and a personal responsibility to be self-governing.  Charles believes that the United States is the most exceptional nation in history.

America is not exceptional because of its cities, its ethnic diversity, its natural resources, its scenic beauty, or its institutions.  It is great because it was founded by free men who diligently labored to create a nation under God, and a government  of the people, by the people, and for the people.

It’s time for Americans to believe in ourselves again.

Charles is a native New Yorker.  He received his BA in Social Sciences from the State University of New York at Stony Brook in 1971.  He spent four years in the United States Army, most of that time in Europe during the Cold War.

Charles received his MBA degree with an emphasis in Corporate Finance in 1978 from Brigham Young University.  Since then he has worked as a financial advisor for forty years, serving clients in 24 states.  He has written a book on personal finance and published a personal financial newsletter for more than 25 years.  His research has taken him to more than fifty countries and given him a broad exposure to the world’s financial markets and the operation of the global economy. 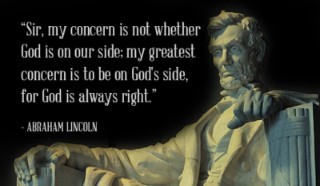 Charles believes that the problems we face today can be resolved, especially if the American people get involved and educate themselves about what must be done. He is optimistic about the future, and feels that America’s best days are ahead of us if we will work together.