Should you invest in silver? 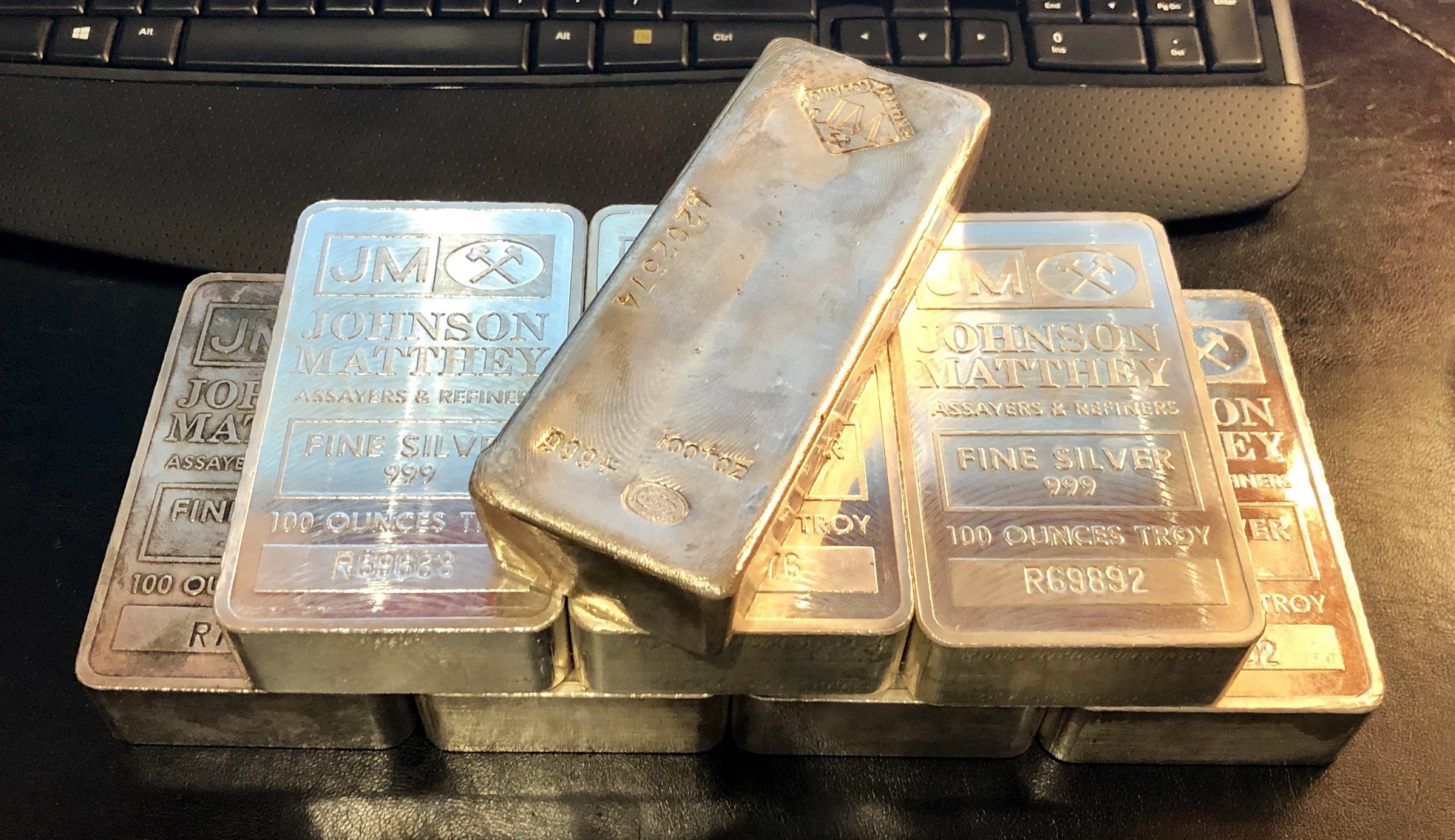 In 1993, when silver hit a new low of $3.93 per ounce after hitting $50 an ounce in 1980, I recognized its potential and began recommending it to everyone who would listen. Most people rejected the idea, particularly those who had bought in at the high and had been burned when silver plummeted.  It was a long wait, as it turned out, but it was well worth it. Silver survived one of the worst decades in history for the stock market, and it handily outperformed gold, especially in the last 23 years.

On April 28,2011 silver hit $49.56 per ounce, a 30 year high. Almost immediately it began a huge decline of about one third, falling as low as $32.30 on May 12. Since then it has been a very narrow trading range between $33.50 and $38.90.  The current chart does not fit any standard Elliott patterns with which I am familiar, which is really not very surprising: silver is one of the most heavily manipulated assets in the world today. Central banks all over the world have various programs in place in which they try to control its price, and more than one major private bank has been effectively (and illegally) manipulating the price of silver for several years. Things fit Elliott patterns only when they are allowed to seek their own level.

In the next several pages I’m going to restate my recommendations on silver and try to make sense of what’s happening to silver today in the context of our economic crisis. I’m going to make it as easy to understand as I possibly can.

Should you buy silver today?

My basic recommendations for your “survival” position in silver remains unchanged from 1993; you should buy, and hold in your possession at home, $1,000 in face value of pre-1965 US silver dimes, quarters, and half dollars for every member of your family living at home with you. These coins are 90% silver and are legal tender of the United States government. Even if the value of silver were to plummet to zero, these coins would still have value because of their legal tender status.

This is your “survival” position, rather than an investment. This is the silver that you will use in barter when the dollar collapses to buy those things that you simply can’t trade for with the produce from your garden, things like insurance premiums, mortgage payments, rent payments, medical care, college tuitions, loan payments, utility bills, and so much more. Storing food is just one aspect of preparedness; all of us will still have bills that will need to be paid even if we don’t have a usable currency - other than perhaps the Canadian dollar.

How much will it cost to do this? Now that silver has fallen to its current price of $34.20, $1,000 face value can be purchased for somewhere between $25,000 and $28,000, depending upon the type and quality of the coins you purchase. When I first made this recommendation in 1993 those same coins would have cost you about $3,500 per person.

These coins should be kept in your safe at home which is located in an inconspicuous place and bolted to the floor or slab, a safe that is both fire- and burglar-resistant.  Because of the PATRIOT Act your government has given itself the right to go to your bank, drill out the locks of your safety deposit box, steal the contents, and leave you no legal recourse to recover your possessions. That’s why a good safe at home is more important than ever.

You may, if you wish, substitute 1-ounce US silver eagles for some of these pre-1965 dimes, quarters, and half dollars.  These coins are pure silver, and are available on eBay, from almost any coin dealer, from me, and directly from the US mint.  Likewise, you may substitute Canadian 1-ounce Silver Maple leafs, which tend to be slightly less expensive than the US silver eagles.

Once you have your “survival” position . . .

When you have accumulated your $1,000 face value of silver coins you are ready to begin investing in silver. That may sound a little confusing to most of my readers, especially those who just shelled out $27,000 to comply with my recommendation to obtain silver for just one person. Let me explain.

We are faced with several unprecedented situations pertaining to our economy and our government, both domestically and internationally, whose intended and unintended consequences will have major effects on every aspect of our lives. No one has the ability to accurately predict the outcomes or even the timing of the outcomes that we will see resulting from these situations.

First, we are in the midst of an inflationary period that, though rather scary, may be about to end.  It may even reverse itself into a deflationary period, and deflation is usually bad for precious metals.  This time may be different; our government and our Federal Reserve may have managed to mess things up so much that they collapse the dollar ahead of schedule, which could only be a positive for both gold and silver.

Second, the economic crisis is still in its early stages. The troubled nations within the European Union, Greece, Italy, Spain, Portugal, and Ireland are not solving any of their financial problems. Like us, they are only making it worse by piling new debt on top of old debt and literally “kicking the can down the road”. Much of the Western world today is doing all it can to delay the inevitable - which will make the inevitable much worse when it finally comes.

Third, markets are heavily manipulated. Hardly a day goes by when some new scam or scandal is uncovered regarding the trading that goes on in our otherwise free markets. For example, it was just revealed that a recent technological enhancement to the market’s quotations system has enabled certain well positioned traders to place millions of fake trades that confuse all the rest of us while they go ahead and trade on the correct information.  This type of behavior isn’t illegal yet - but it certainly should be.

Fourth, freedom is vanishing all over the world, and free markets must inevitably be victims of the destruction of freedom. We just saw that the other day when our government decided to shut down the cash contract commodities market forever to prevent a certain type of illegal trading. The problem could easily have been dealt with without destroying a free market.

Fifth, the destruction of the dollar will at some point in time leave us without a functioning currency. That’s both good and bad for silver; you will be able to use your silver in barter, but it will have no dollar value because there will be no dollars. It’s very difficult to grasp exactly what that means, especially to those Americans who know the price of everything and the value of nothing.

For all of these reasons and more you need to buy and hold onto silver. In my seminars I make only one recommendation;

Every American ought to own silver worth between 10 and 20% of his or her total net worth.

All the other advice I give publicly are suggestions.  Silver is important.